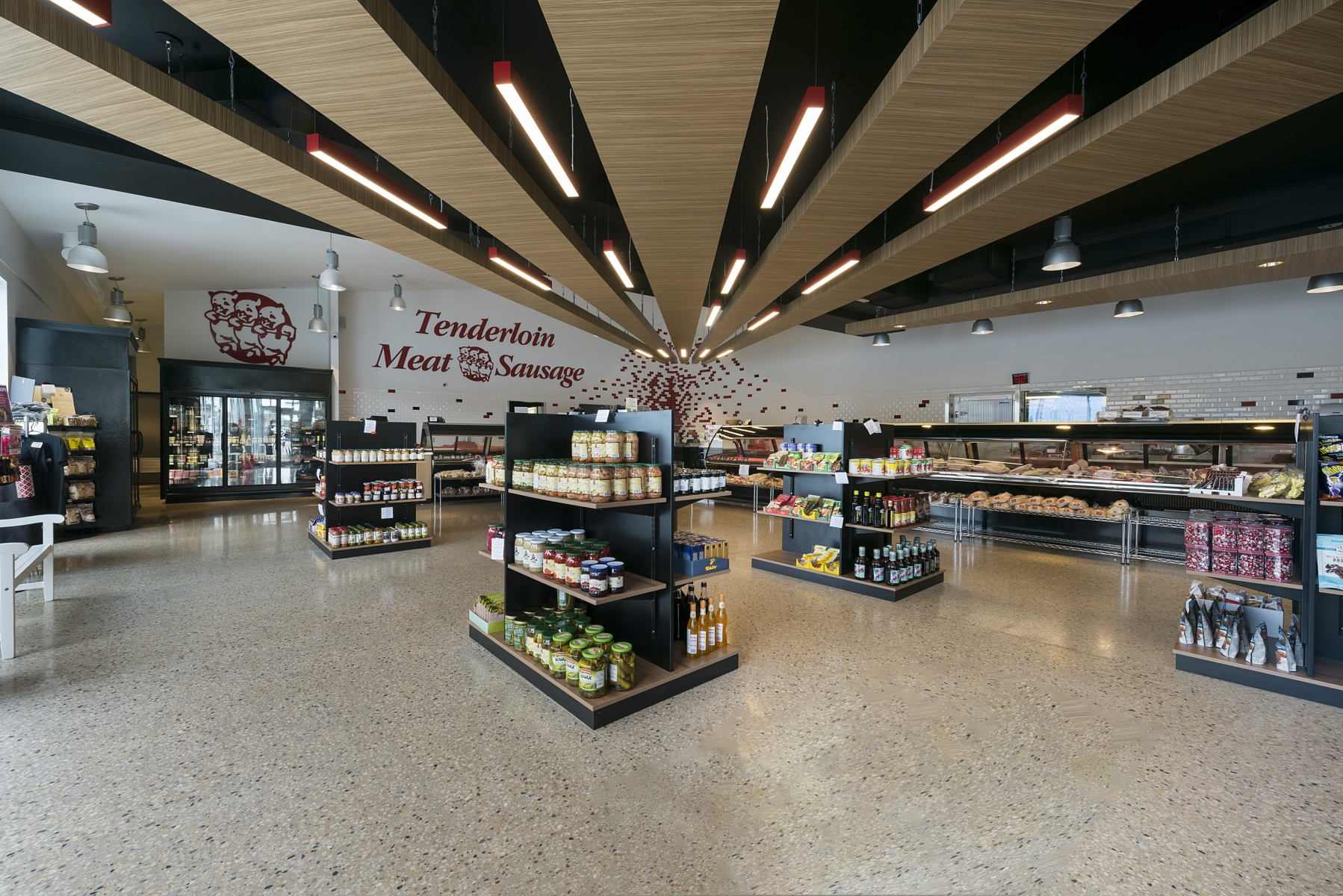 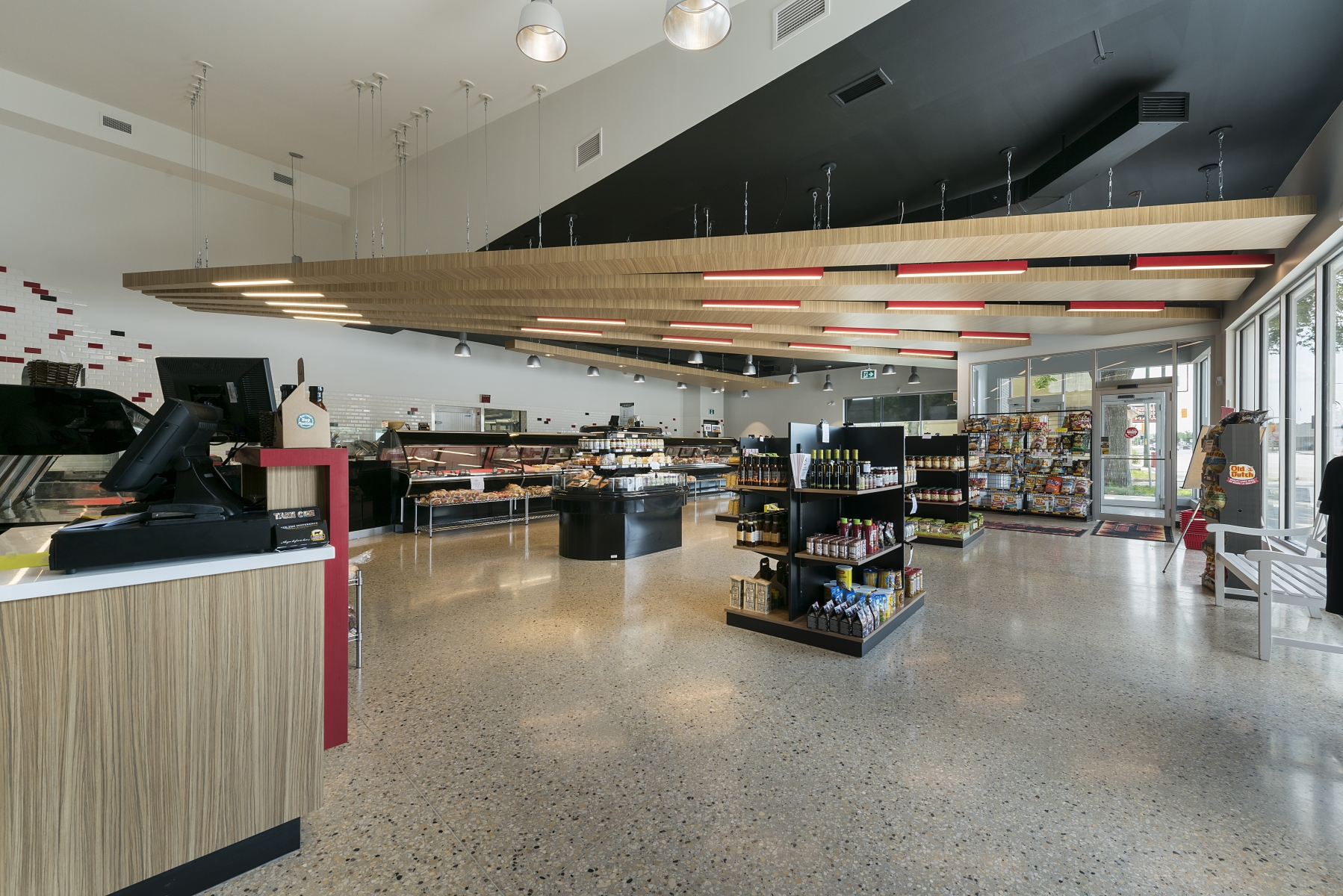 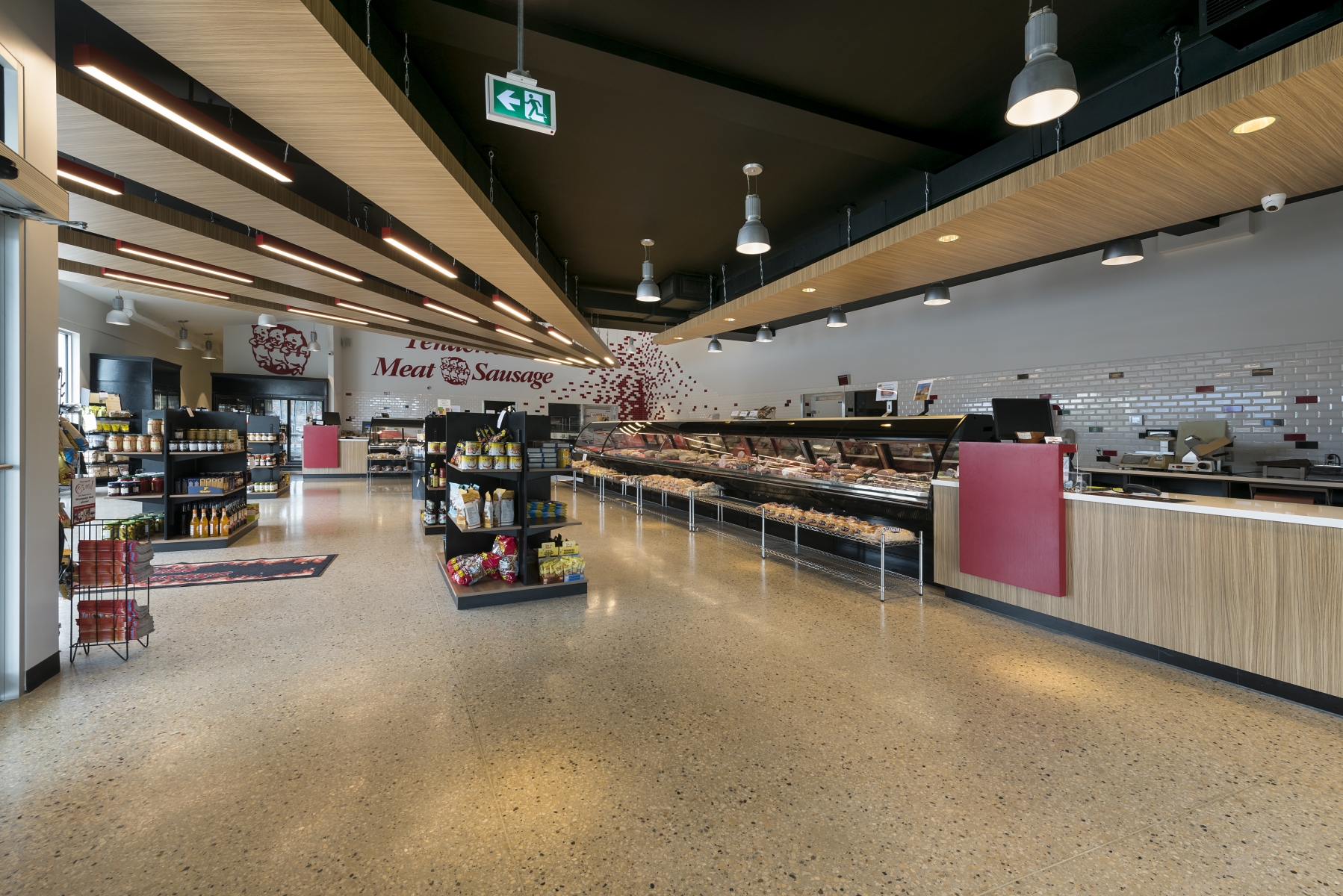 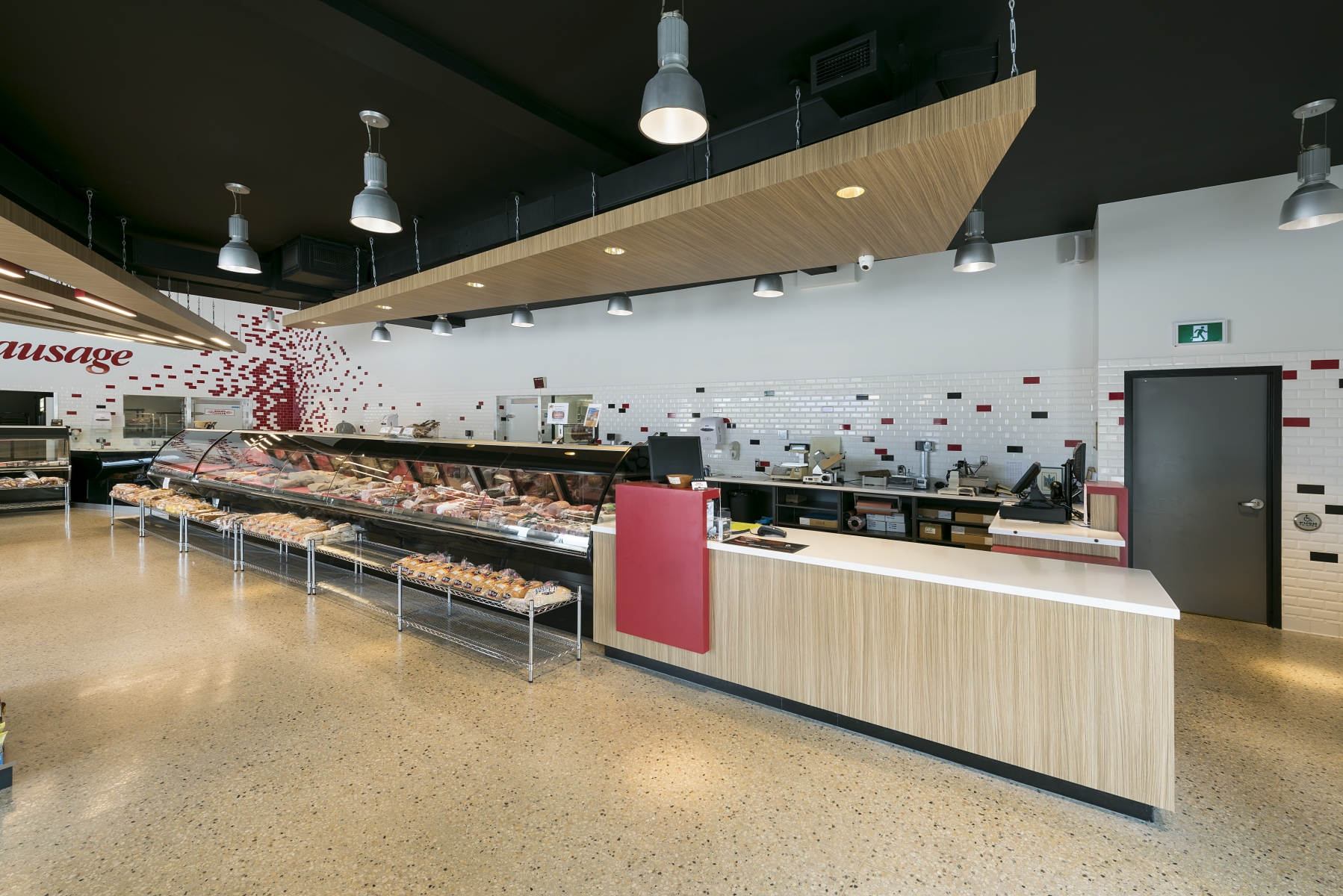 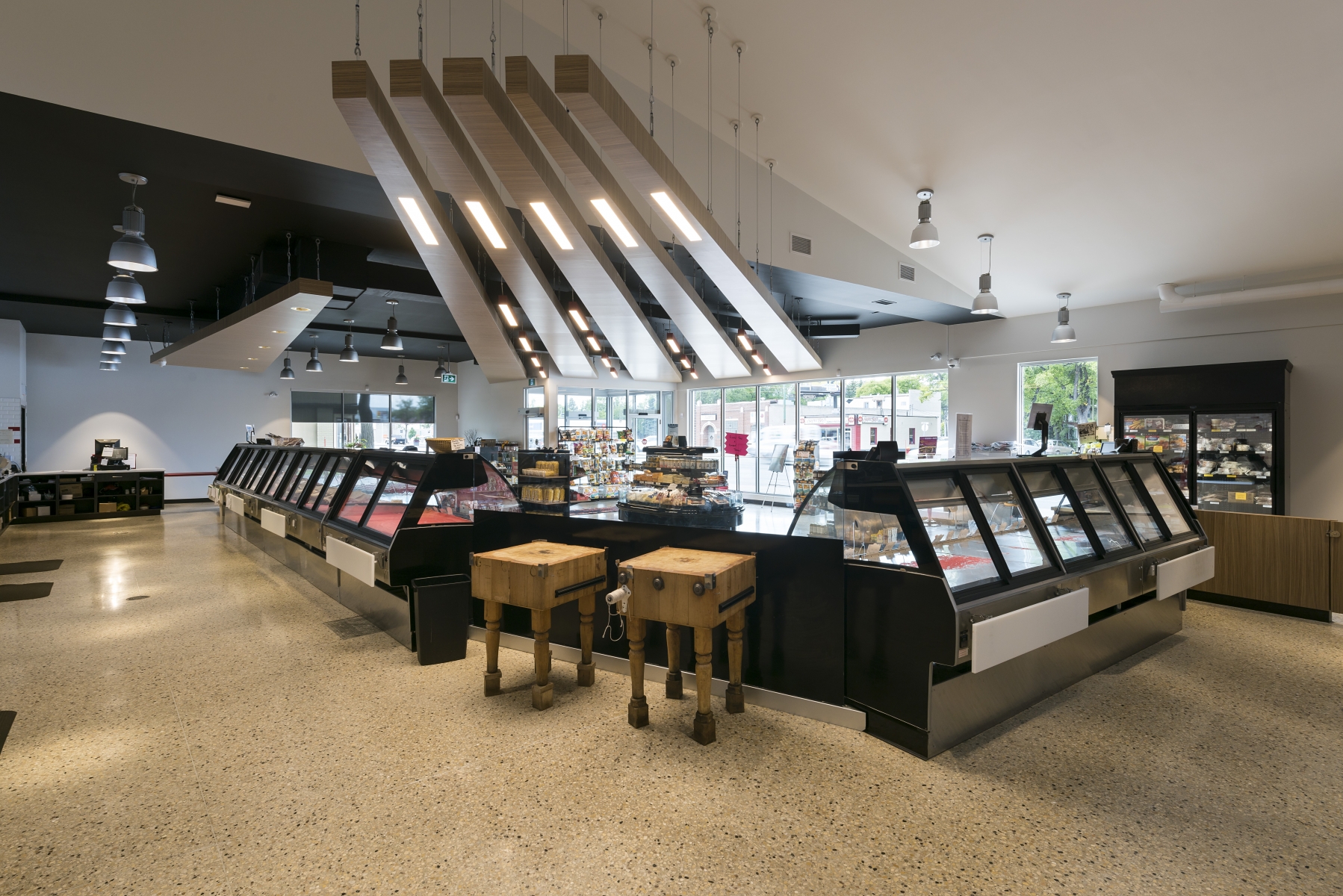 The architecture of the building maintains transparency between the public and the interior retail space, and the predominantly glazed facade allows the retail services to be viewed from the exterior,with glazed openings connecting the sales areas to the meat coolers and productions areas.

The interior vaulted retail area focuses attention on the traditional wood laminated butcher block and is emphasized by high ceilings and mobiles angled and pointing attention to the butcher. Meat preparation and attention to meat cutting is the focus of their offering.